Inspiring Story of Recovery Through Rehabilitation 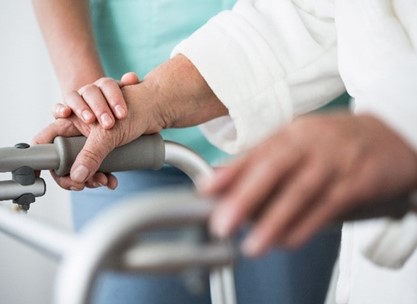 Shuaib Al Hosni can remember the moments leading up to the accident that almost cost him the use of his legs. The Emirati father of four was talking on the phone when he lost control of his car while turning at a roundabout. “I remember being on my phone, then the crash happening,” he said about the incident in the capital in December last year.

When he regained consciousness, the 37-year-old was in hospital and had lost all feeling in his legs. Doctors could not guarantee that he would walk again. “When I woke up, the doctor showed me X-rays that showed two of my vertebrae were broken and complications with a nerve.

The doctor said I needed a big operation to have any chance of walking again.” What followed included a series of grueling rehabilitation sessions at a specialist unit for spinal injuries at the Amana Healthcare rehabilitation Centre in Khalifa City.

Mr Al Hosni’s recovery has amazed staff, after he went from being bedridden, to a wheelchair to taking his first steps, before managing a total of 50 meters with the aid of a frame – all in just under three months. Doctors would not expect victims with similar injuries to be walking until at least six months after spinal fixation surgery. The procedure anchors two or more vertebrae to each other to reduce movement and avoid damage to the spinal cord.

A determined Mr Al Hosni was trying to walk again after just four weeks, said British therapist Nicola Costas, who has been leading the rehabilitation team, assisting his recovery by strengthening his limbs in the gym and swimming pool.

“When he arrived on January 12 he had no sensation and little to no movement in his lower limbs. He had been totally bed-bound in hospital up to then,” she said. “With spinal cord injuries, you just don’t know. His injuries were severe, so we were unsure of the outcome.” As well as Mr Al Hosni’s intense rehab sessions, some of which ran for up to four hours a day, he has also been in contact with other car crash survivors who have recovered to show what is possible through physiotherapy and determination.

“We see spinal cord injuries all the time because there is such a high rate of car crashes in the UAE,” Ms Costas said. “We would not usually expect to see someone have this level of improvement so quickly after the injury. “We hope he will be able to rebuild his muscles. He has become more independent by washing and dressing himself again, which has been a big step. It is a challenge for him.”

Mr Al Hosni’s goal is to be fit enough to return home to help his pregnant wife, who is due to give birth in June, and to get back to his job as an administrator with the Armed Forces. “It has been difficult for everyone, my wife is due on June 1,” Mr Al Hosni said. “It has been a big motivation for me to recover. “People don’t think how dangerous it is to use your phone while driving. My message is to think first, any phone call can wait. You don’t have to answer.”