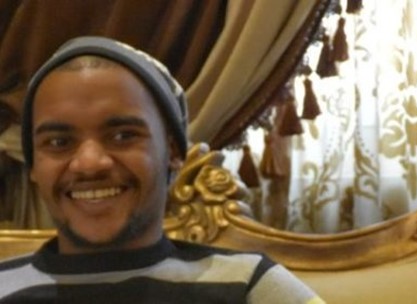 It was late at night in January. Butti Farhan Juma Alshamsi was driving home alone on the fast lane from Ajman to Sharjah, when a car sped behind him and flashed him to change lanes. Flustered, the 21 year old Emirati tried to maneuver to the right, when instead the car overtook him from the right side, sped to the front of Butti’s car, and slammed on the brakes.

To avoid rear-ending the car or moving on another vehicle on his right, Butti swerved left towards the sidewalk. The car rolled and he lost consciousness in a near-fatal accident. His mother was on speakerphone the entire time.

“God must love me for giving me the strength to pass that traumatic time,” Butti’s mother, Mrs Aida Khalifa, recalls.

“I walked into Amana Healthcare’s rehabilitation hospital, and my heart immediately relaxed. Although it was a hospital, it offered the comfort of a home away from home, and after seeing the attentive care of the rehabilitation physicians, nurses, and therapists, my gut feeling told me this was it,” Mrs Aida states with a smile. As a first step, the team from Amana Healthcare—a specialised provider of inpatient rehabilitation, transitional care and home care services in the United Arab Emirates—carried out a detailed assessment of Butti’s rehabilitation needs and potential. The objective was to see what combination of therapies would give Butti the best chance at making a full functional recovery. Butti was then admitted to Amana’s inpatient rehabilitation hospital in Abu Dhabi. Here, Amana’s Post-Acute Inpatient Rehabilitation team—a multi-disciplinary team of expert physicians, nurses, speech and language therapists, physiotherapists, occupational therapists and dietitians—worked together to develop and execute a customised rehabilitation plan designed specifically around Butti’s condition and needs.

“The care I received was just as excellent, if not better, than what I have experienced abroad earlier in places like Germany,” Butti stated. “And it was hard work – but very effective in the end!” As the only specialised inpatient rehabilitation hospital in the UAE accredited by CARF – the U.S. Commission on Accreditation of Rehabilitation Facilities – Amana Healthcare serves as a regional center of excellence for patients like Butti who need specialized rehabilitation after a major accident, illness or surgery.

At Amana, a typical day for Butti consisted of a morning meeting with his rehabilitation physician, followed by five hours of three types of therapies: physiotherapy, occupational therapy, and speech and language therapy. With the team’s encouragement and support, Butti had to re-learn how to walk, for which he spent time in Amana’s hydrotherapy pool, gym and outdoor therapy gardens. Specialised technologies were also used to help facilitate or stimulate walking methods to assist Butti.

After his therapy and medical care was attended to, Butti would go for outings with the hospital staff and other patients to cinemas, malls, and parks—activities designed not only for recreation but also to support his rehabilitation program and re-build basic skills. He built a close friendship with Sultan, a post-acute rehabilitation patient, who after days spent laughing together – and even meeting celebrities like Tyrese Gibson at the Abu Dhabi premier of Fast & Furious 8 – and nights competing in PlayStation games, he refers to now as his brother. In the meantime, Butti’s mother stayed with him every day at the hospital, was fully informed on his improvements and completely involved in decisions about his care. She enjoyed using the patient kitchen to cook for her son and his new friends, as well as the mothers who looked after them. She also took time every day to enjoy tea and Arabic coffee in one of Amana’s four majlis areas, where she built close and supportive relationships with the mothers of other patients like Butti.

Regular internal events hosted at the Amana Healthcare also kept spirits high, and Butti and his mother had the chance to celebrate Mother’s Day while he was undergoing care. “It seems like the healthy, happy, and positive environment at Amana Healthcare clearly helps patients heal. I believe it did with my son,” Mrs.Aida said. When he arrived at Amana to start his rehabilitation, Butti was in a wheelchair and had difficulties with concentration, memory and speech. After 45 days of intensive therapy, he walked out the door as an energetic, independent young man—just as he was before the accident.

26 January 2017 – Suffers a road traffic accident in Ajman. Is taken to SKMC and then CCAD via ambulance

March-April 2017 – Receives 5+ hours a day of therapy at Amana Healthcare including occupational therapy, physiotherapy, and speech and language therapy, all under supervision of Western-trained Physical Medicine and Rehabilitation Doctors